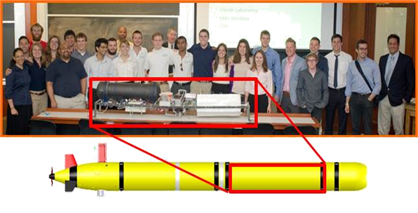 During the Fall 2012 and Spring 2013 semesters undergraduate students and one graduate research assistant designed and developed a prototype engine that uses the energy released when aluminum reacts with water.  Hydrogen generated from the aluminum-water reaction, together with oxygen from the dissociation of sodium chlorate, are fed into a commercial fuel cell. The system recharges AUV batteries while submerged and extends vehicle endurance by a factor of ten.